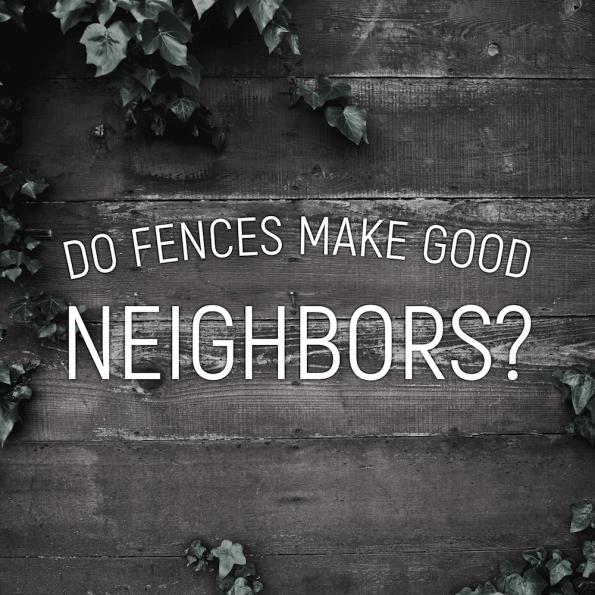 And so… Robert Frost wrote in the Mending Wall,  “Something there is that doesn’t love a wall… Good fences make good neighbors.” As much as Frost did not like the wall that separated him from his neighbor, in the end the wall remained.

Today, in America we are fortunate to live in a time when we are working as a society to respect the individual whatever their religion, race, biology or interest. Our every cultural touch point reinforces the idea that judging others is abhorrent- a beautiful value.

My question: Is it truly possible to respect others without good fences?  The reality is that in respecting individuals, we must by definition respect those who also disagree with our ideals and let’s face it… there will always be judgment.

To that fence of which Frost spoke… sometimes maybe, whether we like it or not, in order to have a good society, we must build fences, give privacy and accept that there are those with whom we will never agree but will always be within our midst.  And so, rather than extenuate those differences and demand that everyone accommodate each difference, sometimes, we need to build a fence, put on a smile, agree on what we can and let those differences lie.

Now, it is true that second hand smoke kills, the world is getting smaller and the butterfly effect exists. Still though, we need to remember that we are all individuals and those differences in thought and value will never disappear, lest we all be the same… and that is a world that no society which respects individuals would ever want to see.