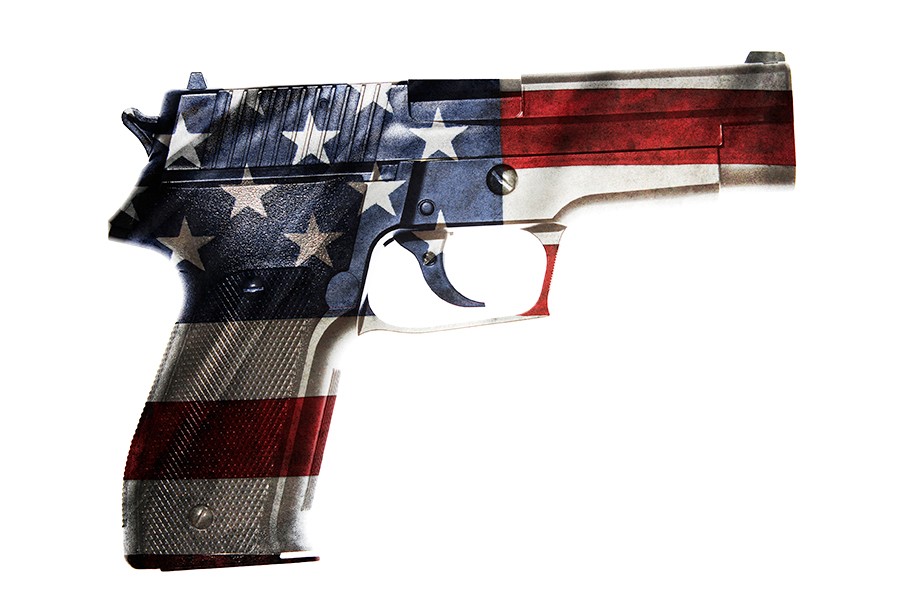 With hesitation… I enter the gun debate. The most upsetting aspect is that people have firmly planted their feet on opposite ends of this issue and refuse to acknowledge any compromise.

To my friends who are vehemently anti-gun, those who want all guns banned from all forums:  Consider our vast and beautiful country.  In some areas the nearest neighbor is an hour away, you are more likely to be visited by a bear than a person, and what if a criminal comes your way? You would want to carry a gun too.  And if part of your culture is hunting, of course you will own some rifles.  As for security guards, how can you possibly feel safer if they are not armed?  This is just counterintuitive. I know you will say that if no one has guns, then no one will have to fear.  But fortunately, we do not live in the Stone Age- before even bows and arrows could reek their havoc from a distance. And even a rock thrown is a dangerous weapon.

To my friends who are passionately in support of guns:  Do you really think that the second amendment right to bear arms will protect against a rouge government?  Maybe in 1776 but in 2018, understanding computer code is a far greater weapon. There is no need to build an arsenal complete with guns equipped with automatic fire to protect against an enemy. Background and mental health checks, training and a license to own a weapon are reasonable. Let’s be honest, a gun makes a person more powerful and in charge of their own destiny.  But owning an arsenal of automatic weapons is not where true power lies in our age. Not to mention, that no individual’s genuine strength comes from physical power.

This lack of power is worthy of discussion. (1) Mass shootings and suicides occur because people do not feel heard. We are raising a generation of children and adults on psychiatric and recreational drugs, alcohol, and all manner of chemical dependence. We are not addressing loneliness and lack of meaning in people’s lives. (2) Passionate gun enthusiasts, with an inability to compromise, exist because physical strength is seen as an emblem of power and protection. We are not addressing those left behind in the internet and computer revolution, causing a lack in opportunities or in connections with others, leading to great powerlessness in people.

Let’s challenge each other to reach out to someone with whom we disagree passionately about any subject, and to someone who is alone and talk over a shared meal. Ultimately, we will only be able to come together and change lives, when we are able to truly connect with each other and ourselves. Let’s do this together, one person at a time.  #itstheactthatcounts

Let’s talk about fear now, another issue. There’s lots of that on both sides as well. Fear from big government, corporations and lobbying groups that run our lives. Fear from facing the actual reasons that drive murder and suicide:  loneliness, lack of respect for life, mental illness- qualities that many of us share- hard to face our own weaknesses. Fear of losing individualism to big government. Fear of big lobbying groups depriving individuals of free thought and action. We have such fundamental fear and lack of faith that we either alternatively believe that only guns will protect us or only our government can protect us.

And now… human life.  How much does our society value human life? The killing of Harambe and the outrage that followed was a pivotal point in our society. How can it even be a question that human life is far more precious than animal life?  Is it a wonder then, that there are humans who don’t value their life or the lives of others? The Right to Die Movement is another major pivot. This movement publicly and legally validates murder to eliminate physical suffering (what may have once quietly happened in tragic medical cases now obtains a stamp of ethical approval).  Can we be shocked that a person in mental and emotional pain will see no difference in physical verse mental and emotional suffering? And, what if that person in pain believes that as a final act, they can not only eliminate their own suffering but suffering of those around them?

There is a conversation that we can have together, but that can only happen if we are not each taking a firm stance in our own corner and refusing to step out. We need better gun control legislation because guns in the wrong hands are dangerous- even if it affects ONE life- that is how precious life is.  It is irrelevant whether guns are the key factor in mass murders.  We need an honest look at how we raise our children and ourselves because chemicals do not give us the quick fix of happiness; because lonliness is a serious issue; because everyone needs a purpose.  We need to recognize that we can not control our destiny entirely, that neither big government nor big corporations eliminate free will, that human life is precious and that each of us has a value far greater than anyone can imagine whether or not we realize it ourselves.

Let’s challenge each other to reach out to someone with whom we disagree passionately about any subject, and to someone who is alone and talk over a shared meal. Ultimately, we will only be able to come together and change lives, when we are able to truly connect with each other and ourselves. Let’s do this together, one person at a time.  #itstheactthatcounts

Made you think?  You may like I Need A Drink Now! or  Have No Fear: Be Free