What Did Barbara Bush Do Anyway?

What Did Barbara Bush Do Anyway? 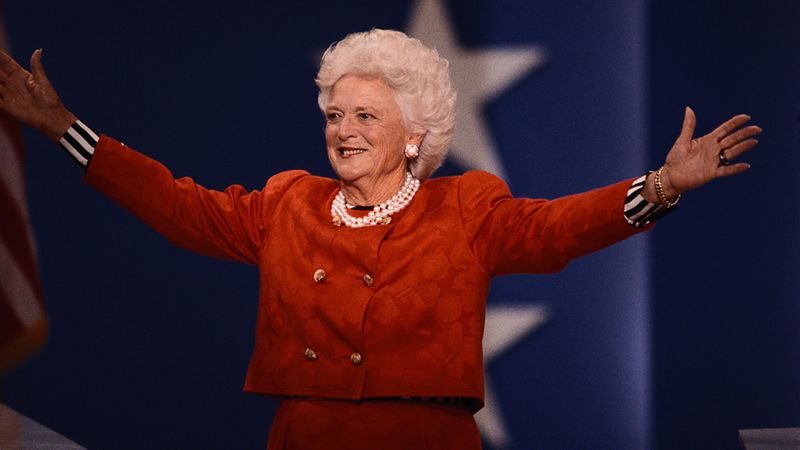 Actual conversation I had:

Me:  “Barbara Bush passed away today.”

Kid: “So, what did Barbara Bush do anyway?”, spoken with disdain.

Me:  Absolutely incredulous, “She was the mom and wife of TWO Presidents.”

Kid: “She didn’t do anything.”

Me:  “What?!?!  She raised the kid who became President and supported and gave vision to her husband who became one!”

Kid: “So what? It’s not like she did anything.”

And therein lies the plight of those who nurture. If a woman sings her own virtues for all she does, she is overbearing and domineering. If a woman does anything less than sing her own virtues… her work is unrecognized and under appreciated. Is Barbara Bush’s contribution to America any less than either her Presidential son or Presidential husband and … another Governor son?

The feminist movement in recognition of this truth worked hard for years trying desperately to prove that men and women are identical. Women should “act” like men and many traditional notions of “feminine” were put aside, climbing the ladder of success and equality. And so today, we have a generation of women who will proudly say that they are not “feminist”. Feminist is not a nice word…. now, that can’t be good.

Our society has not internalized that the role of nurturers (whether held by moms or dads) is equally as valuable and requiring skill as those who do not spend their time nurturing. Now, you may bristle at that and say that it’s not true. But when has anyone returning to the workforce after staying at home with children been able to place on a resume the skills and accomplishments gained in years spent at home and have it be viewed as an asset? And why do “mommy wars” exists? Isn’t it obvious that some do their job as nurtures of their family “full time” and others do it “part-time”?

Now, I am not intending to stoke the flames of the never ending debate of the role of women. But it is critical to understand for the emotional and psychological health of our children, spouses, and ourselves- that without doubt and with full heart and understanding- what Barbara Bush did (regardless of your politics) was extraordinary.

If this made you think, you might enjoy No Labor, However Humble, is Dishonoring.