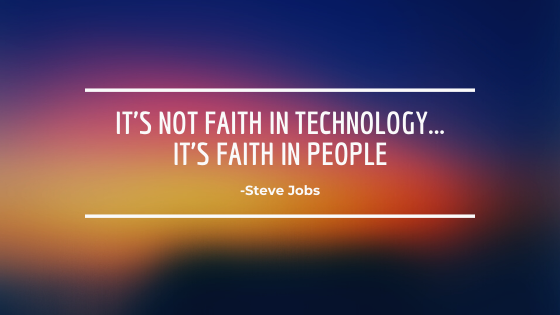 We all borrow money… and the interest rate is generally based on “LIBOR”.  This is the average rate at which major banks in London believed they could borrow money from each other.  (Let’s put aside for the moment: Why London? Why banks?)

Well, we’re getting rid of LIBOR because some bankers decided to mess with the rates for their own benefit. Rather than punish the bankers who messed with the rate, we are abandoning LIBOR for “SOFR”-an objective cost of overnight repurchase agreements on Treasury Instruments.

No need to understand exactly what that means other than the concept that we’ve gone from a partially subjective/objective rate created by banking experts to a solely objective rate based on hard observable data created by mathematical formulas. This is a done deal.

Here’s why I don’t like it. When people make decisions, the subjective enters the realm of the objective. So those bankers could look at what’s happening and create a rate that fits our economic needs. When computers make decisions, there is no wiggle room. Whether we like it or not- the standard is set. The practical effect here?  No wiggle room to make interest rates reflect the reality of the moment or what’s about to come. To some that’s comforting. To me, it’s just another way that we are abandoning the reigns of this complex economy to mathematical formulas and computer algorithms.

Let’s face it, our global financial markets are systematically being handed to automatic decision makers- whether it’s the stock market, what to charge an individual or what fees are slapped on a transaction. We are taking people out of the picture for the sanctity of complex mathematical objectivity and profits.

At the end of the day, this won’t work for society because we are complex, subjective beings. It is our wisdom and expertise that we must nourish; rather than abandon hope in our individual connections and moral strengths.  Now, it is true that our computer algorithms are becoming increasingly complex and taking into account human subjectivity and even morality. But it still doesn’t sit well with me- it seems like we’ve been warning ourselves for years: HAL 9000, Terminator, the Borg, Matrix, etc.  I’m not suggesting that we are facing some kind of global catastrophe but that perhaps the stories we tell ourselves have truths of some warnings we need to heed.

Human actions are at their best when combined with wisdom and ethics- western civilization was built on God based morality which allowed people to trust each other to create ever larger and more peaceful communities. The world is not perfect but we are living in a time of unprecedented peace and development (Is the World Getting Better or Worse?). We should be celebrating humanity.

It seems to me that we are not striking the balance of using our technological power as a tool to aid our decision making- instead we are abandoning our decision-making power. Abandoning power may not by itself seem harmful but ultimately that is what gives us true freedom. SOFR- a computer algorithm- will be deciding your interest rate next time you borrow money.  Do we not trust people anymore? What happened to just punishing the bankers and replacing them with wiser and more honest leaders?  Do we not believe that such leadership exists?  It seems that we have gone from “In God We Trust” to “In Computers We Trust.”

Find this interesting? You may enjoy: Echo Chamber: How to Get Out